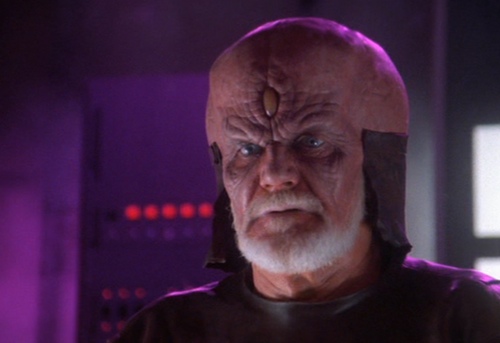 Babylon 5 takes a dip into the metaphysical as a stealer/liberator/preserver/destroyer of souls causes havoc on the station, threatens an ambassador, reveals secrets and chants annoyingly. We’ll talk about regular physics as well as the meta kind, compare the new doctor to the old one (as Doctor Who podcasters tend to do anyway) and argue whether this story concept should have been explored in the first place no matter how well executed.

“Soul Monkey (A Babylon 5 Parody in the Style of JoCo)” is based on Jonathan Coulton‘s song “Code Monkey,” which was released under a Creative Commons license (CC BY-NC 3.0), with new lyrics and vocals (and we use the terms loosely) by Chip Sudderth. You can buy Coulton’s music at his web store.