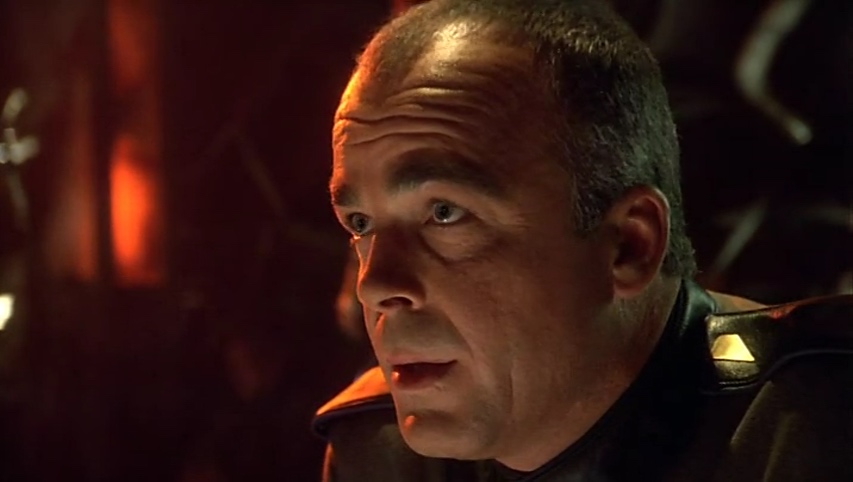 We’ve mentioned here and there in our podcasts about some of the actors on “Babylon 5” who died much too young. Now, for the first time since starting the Audio Guide to Babylon 5, we have to deal with the loss of yet another member of the B5 family.

At the time of posting, actor Jerry Doyle – known best by this little podcast circle as Security Chief Michael Garibaldi – has died. That’s about all that is known at the moment, with no details as to how. After “Babylon 5” wrapped, Doyle moved on to try his hand at politics and then became a popular radio host for conservative views, eventually creating the Epic Times website. Doyle would use this platform to support his former castmates, such as promoting Claudia Christian’s efforts in helping people break alcohol addiction. In the statement linked above, J. Michael Straczynski pointed out how he disagreed with Doyle on almost every issue when it came to politics, but valued him both as a friend and as a consummate professional during his acting career.

RIP, Mr. Doyle. Thank you for sharing your talent with us.

(Moderators have moved comments from “Ship of Tears” threads to here. Everyone is welcome to share their thoughts about Doyle’s and other B5 actors’ passing in this thread.)

In which Garibaldi thumps a book and Bester sits in the wrong chair.

Great, but how well is it deployed? Discuss the telepath revelation and other burning questions with all the spoilers here.

A rather large number of plot threads have suddenly come crashing together and thrown a spotlight of information our way. What did you think of the Sheridan/Morden war and all the byplay it caused? Share your thoughts here, but no spoiling for future episodes!

Yes, we can now say “Shadows” in the podcast when talking about our sparkly crab ships. But what else does this episode kick-start that pays off down the line? Talk about all the future implications here. 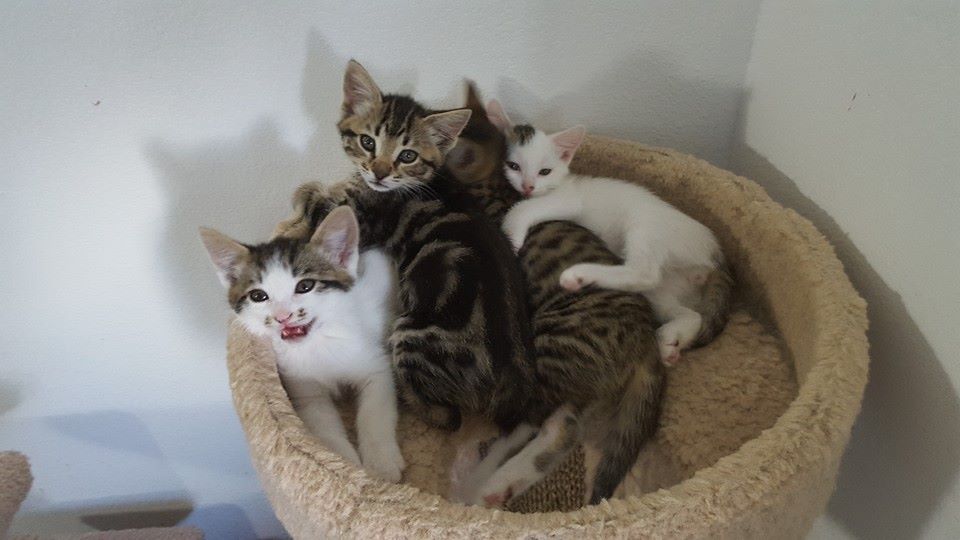 UPDATE 11-14-15: All the B5 Fosters have been adopted into their “fur-ever” homes. Lyta is in a new home with new cat friends, Marcus and Susan were adopted together, and a family who has two of the Mythbuster kittens took Delenn, Lennier, and Elizabeth! Here’s to happy furry-tail endings for all of them!

You often don’t know what it will be that turns you into a fan of something. That turn of phrase from a certain writer. That specific delivery from a particular actor. A random thing a friend said or a reviewer wrote that made it click for you.

In the case of “Babylon 5”, there’s no mystery for me. My husband’s friends brought over a cardboard box full of VHS tapes of Season 1 and part of Season 2 and told him, “Watch. Now.” And fairly soon, Chip was telling me, “Watch. Now. Seriously.”

My fascination with the culture of kitten-cams is a bit different.

I was on Twitter, where I follow Grant Imahara, the former “Mythbusters” robot expert, and in the fall of 2012 he joked about being startled by a sudden rustling from his computer. It took him a few moments to realize that among his many open tabs in his web browser, he’d left up the one with a kitten cam on it. At the time, I was amused and moved along.

Then in the spring of 2013, Twitter yet again directed me back to this kitten cam, because now there was a litter named after the Mythbusters themselves. And this time I went looking and found a round-the-clock live feed of a rescued mama cat and her four kittens, being cared for by a volunteer for an animal shelter.

And that’s how I discovered and became a fan of Foster Dad John and kitten-cams.

John Bartlett has been fostering cats and kittens for a shelter near Seattle, Washington, since 2008. Foster parents for shelters keep the animals in their homes, feed and socialize them, arrange for vet care, and bring them to adoption fairs. The shelters, non-profits that depend on volunteer help, specialize in rescuing, spaying/neutering, and finding “fur-ever” homes for dogs and cats who would otherwise be euthanized in a county shelter.

Bartlett set up a spare bedroom in his house exclusively to house his fosters. He eventually set up a webcam so he could keep an eye on things and decided to share it. As his audience grew, he took to naming mama cats and kittens to reference some of his favorite SF and pop culture. There were the Ripley fosters named after “Alien” characters. There were the Cosmonaut kittens and the Looney Tunes fosters. Hitchhikers and Simpsons and Ghostbusters. Recently a litter of nearly identical Siamese kittens were the Clone Troopers.

And now his latest set is named in honor of “Babylon 5” and FDJ is happily singing the praises of the show during Periscope recordings of the kittens at play and pointing people to sources for watching it on his Facebook page. Already kitten-cam viewers who know the show are persuading other viewers to give it a shot.

The litter is a set of almost six-week-old kittens, at that perfect stage where they have mastered “zoomies” but are still working on braking, and where anything not nailed down is a toy, including their siblings. The names and descriptions are as follows:

Lennier’s original name was Sheridan, but Foster Dad John quickly decided that wouldn’t fit because this kitten was shyer than the others and often sat apart, contemplating the action before him.

The kittens will stay with Foster Dad John for at least two more weeks – the shelter, Purrfect Pals, neuters and spays kittens when they are both eight weeks old and over two pounds. Go and check them out while you can!

Handy links about the Babylon 5 Fosters:

Directory of no-kill shelters in the US: http://www.nokillnetwork.org/ (or search “no kill animal shelters near me”)